Anyone can start a sailing club by uploading a logo and describing what the club stands for. But only clubs with more than 25 members can become actual "sailing clubs" and will appear in the sailor profiles and in search lists.

Sailing clubs replace the existing user groups. The members can have different roles. 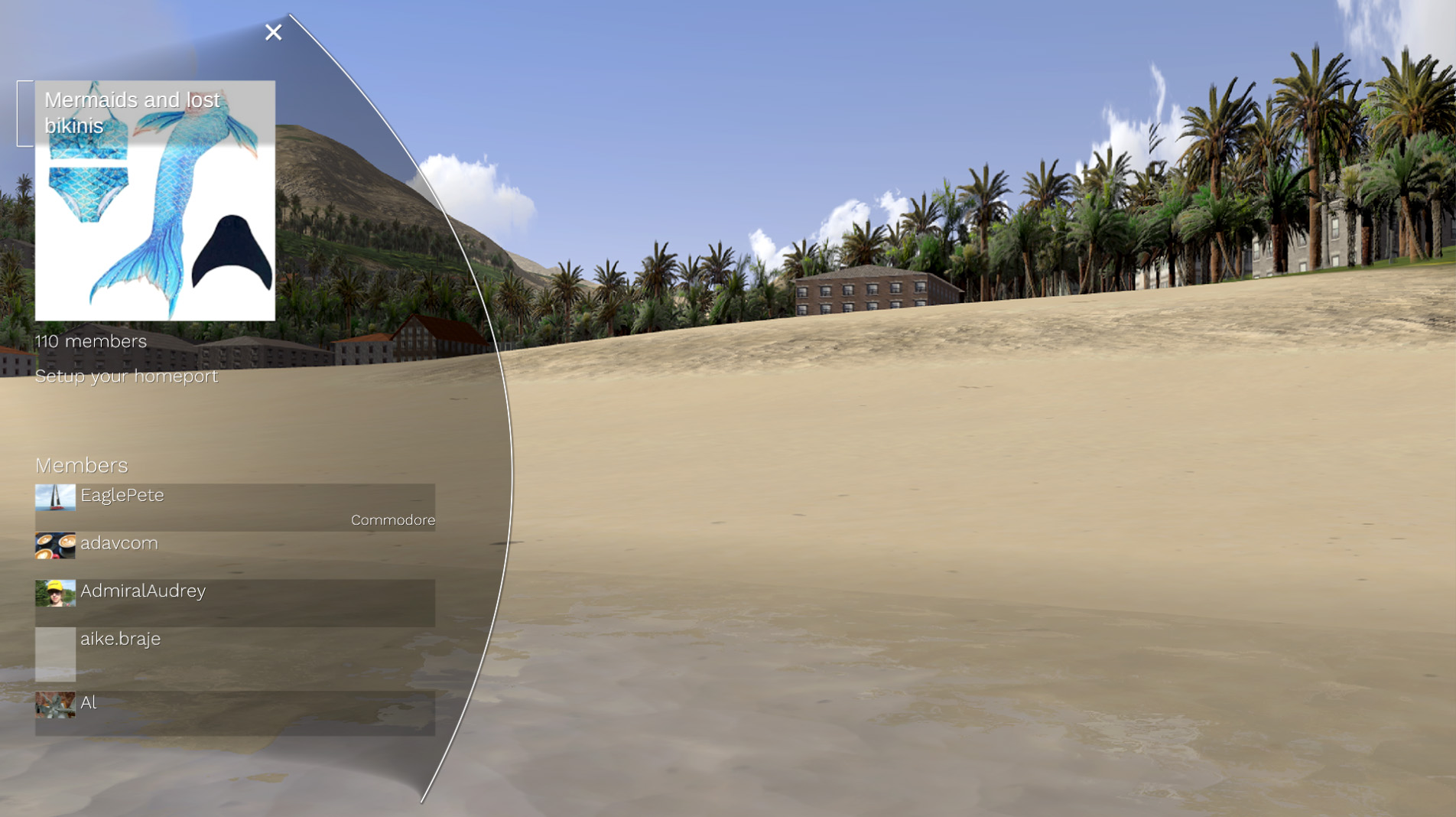 Sailing clubs have their own communication channel.
Additionaly, a club can allocate a small region to build it's clubhouse and a small marina. Members with the proper role authorization can edit the terrain and the buildings required.

Clubs can organize events. The members with the role of organizer can set them up and organize those events. An event can be open for all sailors or for club members only. It is also possible for individuals to organize an event on their own.

Sailing teams can be set up by anyone, but require at least 3 members. Teams can have their own boat(s) and compete in team races or normal races that allow team boats.

A sailing club can also have it's own boat(s) and crew those boats with members. Clubs can challenge each other and organize races where only club boats (not individual sailors and not teams) can participate to defend the honor of their club.